How Disciplined Navigators Make the Market

This post explores the commitments to content quality, goal-setting and measurement that Disciplined Navigators bring to their thought leadership marketing approach.

For over 50 years, McKinsey & Company has been publishing its venerated McKinsey Quarterly. Many would argue, myself included, that the firm was one of the original innovators in the world of thought leadership marketing. From the very earliest days of the firm, McKinsey himself recognized the value of providing clients with objective input on the big business issues of the day that mattered to them. Over time, the firm’s longstanding commitment to producing high quality insights for clients has made its perspective on big topics a bellwether in just about every board room.

While the formats have changed, the distribution channels have evolved, and the “quarterly” is now more of a “daily,” the firm has remained committed to the high standards of quality it has always been known for. In his book, The Firm: The Story of McKinsey and Its Secret Influence on American Business, Duff McDonald describes a moment in time when the firm had developed such a commitment to content quality that leaders started to believe that their best thinking should be reserved exclusively for the McKinsey Quarterly and less developed ideas could be provided to external publications, such as HBR. Probably only Marvin Bower knows if this is really true, but the sentiment is the cornerstone of what it means to be a Disciplined Navigator.

In a world where anyone can publish, everyone is. Simultaneously, the pressure to publish more and more frequently has driven many firms to reduce, or even abandon, their content quality standards (assuming they ever had any in the first place). In fact, in our 2016 “voice of the client study” of consumers of thought leadership done in partnership with AMCF, executives told us that 38% of the content they consumed was adequate or substandard. And, 94% of them told us that poor quality content lowers their opinion of a consulting firm.

To avoid those sentiments, and in spite of the pressures of the modern publishing cycle, the Disciplined Navigators stay steadfast on their commitment to high content quality standards. The vast majority of them have established firm-wide agreement on the topics they hope to own in the market and explicit, documented standards for what constitutes quality. And, they regularly enforce those standards — relying on senior business leaders to step in, when necessary, to enforce them.

Percent of respondents that agree with the following statements:

But, as we know there’s more to excellence than just holding high standards for quality. Disciplined Navigators take it one step further by holding themselves accountable to a rigorous set of goals. Those goals include things for which they have full control (how much content they’ll develop on what topics) and things which they merely influence (how many leads they’ll generate from the effort). In fact, they’re 2x as likely as their peers to set annual goals for their thought leadership marketing efforts. And, they’re over 3x as likely to ensure that those goals combine both activities and outcomes. At Rattleback, we’ve found the act of goal-setting to be a critical aspect of success for any marketing endeavor. Even in the absence of substantive behavioral change, goal-setting seems to have a positive effect on the performance of a campaign. It appears, the Disciplined Navigators have found this to be equally true.

Percentage of respondents that agree with the following statements:

Finally, Disciplined Navigators recognize that the need to measure the performance of their efforts is a critical component of modern marketing. As a result, they’ve made the strategic investments in technology, processes and culture change necessary to demonstrate the ROI from what they’re doing.

Some 86% of Disciplined Navigators are confident in their ability to prove ROI from their efforts while only 45% of followers can say the same.

Dive Deeper into the Research

Following the Leaders: The Seven Capabilities of Exceptional Thought Leadership Marketers identifies the mindsets, behaviors and processes of the world’s most successful thought leadership marketers. The study was released in January 2019 by Rattleback and Bloom Group. 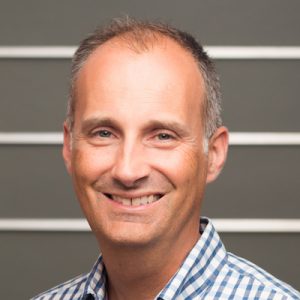